I thought that I was going mad during those first few months of motherhood. It wasn’t postpartum depression, it wasn’t the sleep-deprivation, it was finding myself in an unfamiliar terrain where I didn’t even recognise myself anymore.

And how do you navigate, if you feel like you have metamorphosed into something unrecognisable?

The first thing was my intellect. I honestly thought that I would have to give up my job because I would never be able to think straight and logical again. Be efficient. Able to multitask. Carry the responsibility. My husband smiled sweetly at me, asking me if I really thought my boss would accept my resignation three weeks’ into my maternity leave? But for me this fear was real. I would never read a book again – my attention span was too short, my need for sleep too overbearing, my son’s dependence on me too allconsuming. Such a significant part of who I defined myself as – someone who is good at her job, someone who reads – had just vanished, leaving nothing but sluggishness and confusion in its wake.

The other thing was my freedom. Oh, how I had valued it! Having my first child as I was approaching forty meant that I had had decades of indulging in freedom. Freedom to travel, to change jobs, houses, cities, clothes, and to change my mind many times over. Freedom to get up whenever I wanted and walk out of the room. Now I was shackled. To the baby and to the house. And I thought this is how it would be from now on. That I would always be at someone’s beck and call.

The third experience that brought the sense of ‘me’ off balance was the timewarp. Turns out babies are a sinkhole for time. It’s like a black hole that sucks up all materia around it. And I stood there with no time left. I felt constantly stressed. Even when I worked a high pressure job on Wall Street there had been time for a cup of coffee, time to write an email, time to finish a thought, a project, a restroom break. Now I felt that I was constantly running behind, never managing to catch up. Time was not my own anymore. I could not control it, I could not decide over it, I could not prioritise. My time belonged to someone else and time alone for me was conditioned, negotiated, traded. With my husband, the babysitter, the nursery. It was a shock to wake up to this new life where, if I wanted some me time, me or someone else had to give something up (usually time or money). ‘Buying myself time’ got a whole new meaning.

And the fourth aspect that made me feel like I had an out-of-body experience, came from observing my own, physical self. It wasn’t the pounds or the rounded tummy, it was how weak I felt. Wrist-guards were purchased as holding the baby seemed to give me carpal tunnel syndrome. I peed in my pants from sneezing, coughing, running and being startled. I got out of breath. I had headaches. It felt like my body was breaking down and I thought it was all going to be all downhill from now on. My mom sent me photos from a hiking trip and I thought to myself, “I’ll never be able to do that again”.

A few years on and one more child later, I would like to hug that old me and make me repeat “This too shall pass”. You will recover your ability to work on complex tasks because sleep will come to you. It might not be blissful, uninterrupted sleep for some years yet, but it will be enough and it will restore you.

Your child will grow ever more independent and with that, you will gain more freedom. You might not be care-free in the same way as before but you will get back a sense of control over your time. And your body will heal. Amazingly it will be strong again and you will recognise aspects of it from your pre-baby life.

But what I really needed at the beginning of motherhood, when I looked around and could not even see traces of the ‘me’ I used to know, were some straightforward reassurance.

Below are five ideas that helped me feel like ‘me’ again, if only for a few minutes: 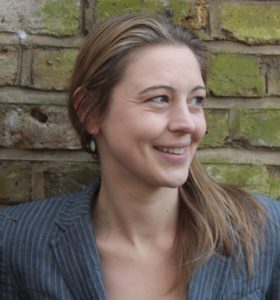